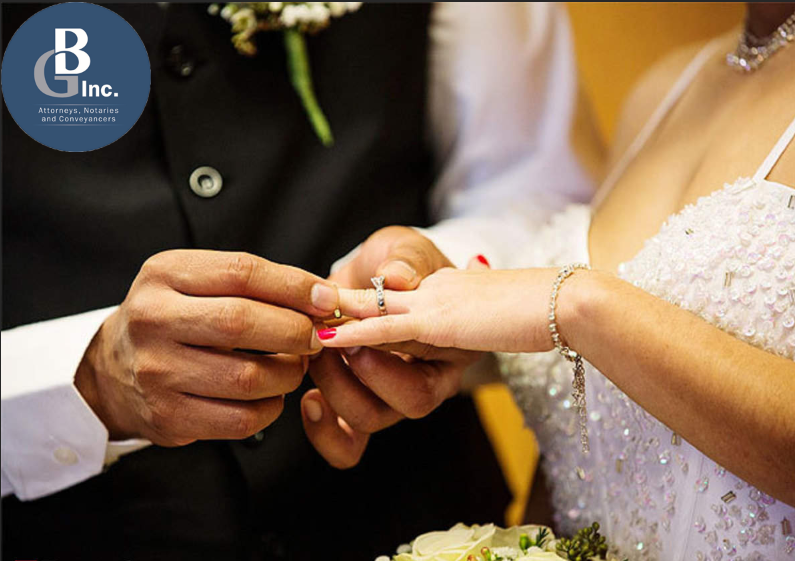 RE-MARRIAGE AND COHABITATION AFTER DIVORCE

Summary of Judgment: The appeal was the leave of this Court.

On 18 December 2020, the Supreme Court of Appeal (SCA) upheld the appeal by the Appellant and set aside the order of the court a quo with the Resppondent paying the second Appeallant’s costs of appeal.

The marriage of the First Appellant, Mr. Casper Hendrik Bailey, and the Respondent, Mrs. Hazel Johanne Cicelia Bailey, was dissolved by a court order incorporating a settlement agreement which they had concluded.  The main issue for determination in this appeal was the interpretation of the word “remarriage” in the settlement agreement.

The appeal was the leave of this Court.

The First Appeallant and the Respondent were married in community of property.  They separated in June 2016 with the common intention to divorce.  The respondent then initiated divorce proceedings against the First Appeallant.  Pending the finalization of the divorce proceedings, they entered into negotiations which led to the signing of the settlement agreement.  A decree of divorce was granted incorporating the signed settlement agreement which was made an order of the court.

After the divorce, the respondent cohabitated with Mr. Visagie.

Later, Reverend Van Huyssteen, a minister of the Dutch Reformed Church, conducted a ceremony during which he blessed and sanctioned their cohabitation so that they would not “live in sin.”

The Respondent approached the High Court where she sought to hold the First Appellant in contempt of a Court Order for his failure to pay maintenance since April 2018 in accordance to the settlement agreement.

The First Appellant filed a conditional counter-application in which he sought a declaratory order that on 9 December 2017 in the Dutch Reformed Church Montana; the Respondent and Mr. Riaan Visagie concluded an unregistered common law or Christan relationship of cohabitation as husband and wife and as a result of which, his duty to pay mainteanance had lapsed.

The High Court held that the ceremony conducted in respect of the Respondent and Mr. Visagie did not constitute remarriage.  It further held that the meaning of the word did not include cohabitation, as the First Appeallant had contended.  In this Court, it was held that the purpose of interpretation is to establish the intention of the parties from the words used in the context of the document as a whole, the factual matrix surrounding the conclusion of the agreement and its prupose or (where relevant) the mischief it was intended to address.

The SCA noted that the ordinary meaning or remarriage is to enter into a further marriage recognised by South African Law (Legal marriage).

The SCA in its majority judgment held that none of the requirements set out in s 29A of the Marriages Act for the registration of a valid marriage were fulfilled during the ceremony.  Although the SCA found that the High Court was correct in holding that the ceremony was not a “remarriage”, it expanded on the meaning of “remarriage” in the context of the settlement agreement to not include “cohabitation” as propounded by the first Appeallant.

The order of the court a quo was set aside and the SCA upheld the appeal against the Cost order debones propris in respect of the second Appellant.  It ordered the Respondent to pay costs of the appeal in so far as the second Appeallant was concered as she only conceded before the SCA that the High Court erred in that regard.

The minority judgment, Makgoka JA, held that for reasons advanced in his judgment, he was unable to agree with the majority finding that the ceremony did not constitute a remarriage within the meaning of the deed of settlement between the parties, as well as the costs order as between the first appellant and the respondent.  Given the view, Makgoka JA took the matter, he would order the Respondent, in addition to the second Appellant’s costs, to pay the first Appellant’s costs.

Other than that, the minority judgment was in full agreement with the rest of the order of the majority judgment and the reasoning underpinning it.