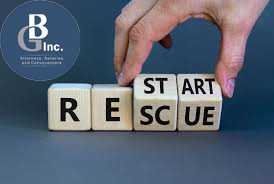 The term ultra vires is used to denote instances where certain conduct is done without authorisation. It could be a functionary of a company (Director) acting outside his mandate, a Trustee acting without resolution or even a Magistrate’s Court deciding a matter outside its jurisdiction.

This is what appears to have happened (or almost) in the case of Arqomanzi Proprietary Limited v Vantage Goldfields (Pty) Limited and Others whereby the Business Rescue Practitioners attempted to implement sweeping unilateral changes to the adopted Business Rescue Plan without the involvement of creditors and affected parties.

Arqomanzi had brought an application previously to compel the Business Rescue Practitioners (BRPs) to bring an amended Business Rescue Plan before creditors and affected parties for them to consider a proposed funding mold. This is because the BRPs had rejected Arqomanzi’s funding model offer after the model in the adopted Business Rescue Plan had not yielded results. The Court ordered the BRPs to bring the proposals before creditors and affected parties for a vote and adoption if preferred. The BRPs did not comply.

However, the BRPs then showed interest in a funding offer proposed by other two entities, Vantage Goldfields SA (Pty) Ltd and Vantage Goldfields Limited. In pursuit of this idea the BRPs amended the initially adopted Business Rescue Plan without the involvement of creditors and affected parties.

The Case before the Court

It was argued by the BRPs that a provision in the plan authorised them to amend the Business Rescue Plan to the extent that it does not prejudice any party and it was reasonable under the circumstances. Arqomanzi however argued that such provision ought to be interpreted with circumspect, and it referred to administrative provisions not sweeping changes.

Ruling of the Court

The Court held that substantial changes to the Business Rescue Plan that was adopted by the creditors and affected parties could not be interpreted in light of the context of the Act, specifically Section 140(1)(d) which requires that the BRP be responsible for developing a business rescue plan and implementing it when adopted. Substantial changes to such plan cannot leave the plan in the same form and nature, but it now amounts to a somewhat newer plan that will need to be brought before the creditors and affected parties for reconsideration.

Under the premise therefore the BRPS overstepped their mandate and the Court ruled in favour or Arqomanzi.

It ought to be emphasised that BRPs must exercise their mandate within the bound as provided by the Act and any such provisions in the Business Rescue Plan to the extent that it is consistent with the Act.

We assist creditors, affected persons and financially distressed companies to enforce their rights during Business Rescue processes. Make contact with us for comprehensive and committed assistance.