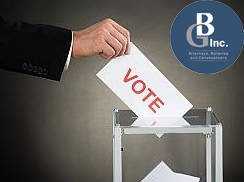 The resolutions of Trustees in sectional title schemes are not without censure, as they also answer to the legal requirements of lawfulness and justice.

In the case of Trustees for the time being of the Legacy Body Corporate v Bae Estates and Escapes (Pty) Ltd and Another (304/2020) [2021] ZASCA 157 (5 November 2021) the Court had to decide on whether the resolutions of the Trustees had been lawfully just under the circumstances.

Facts of the case

The First Respondent (Bae Estates) was in the business of selling and letting out property on behalf of property owners. A property owner asked them to find a tenant for a property in a sectional title scheme. The agreement allowed the tenant to sub-let on short-term holiday basis. The tenant did sub-let under such terms, albeit without any reference to Bae Estates.

Other property owners in the scheme began to complain with regards to the noise and wayward behaviour of some of the sub-tenants, which prompted the Trustees to pass a resolution to the effect that the property owner must discontinue allowing the tenant to sub-let on short term holiday basis. The Trustees also banned Bae Estates from operating in the scheme, citing that it had failed in its mandate to vet the sub-tenants. Bae Estates protested that it was not involved in the vetting of the sub-tenants as the tenant leased without their involvement, and secondly that the Trustees had made the resolution without affording Bae Estates an opportunity to make submissions.

Upon the Trustees declining to reverse their decision, Bae Estates approached the High Court on an urgent basis. The High Court set aside the decision of the Trustees on the basis that it did not comply with the demands of the Promotion of Administrative Justice Act 3 of 2000 (PAJA) firstly, and that common law provided for a review of the Trustees’ decision.

The Trustees argued that there was no contractual relationship between them and Bae Estate, therefore there was no obligation to afford them a hearing before making a decision to ban them from operating in the scheme.

With regards to the demands for PAJA, the SCA held that the decision/resolution of the Trustees;

Therefore, the SCA held that PAJA did not apply but nonetheless, at common law there existed prevailing grounds to have the decision of the Trustees reviewed by the Court. The SCA therefore dismissed the appeal of the Trustees.

We assist with property related matters. Kindly contact us for assistance.