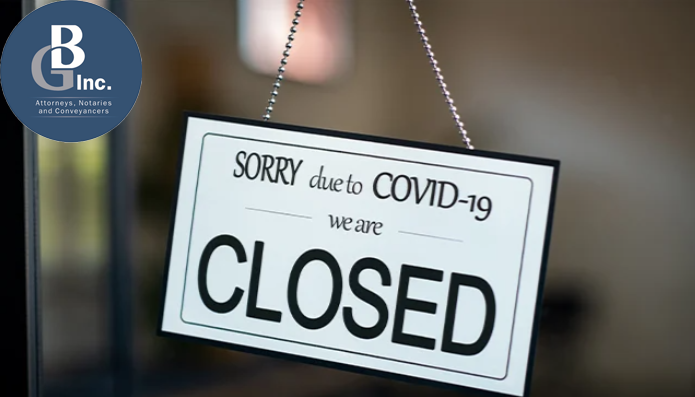 IF IT WAS NOT FOR THE CORONA VIRUS (COVID-19) OUTBREAK.

In the simplest way possible, this is the meaning of the causa sine qua non or conditio sine qua non also termed the but for test. but what does this have to do with the price of oil? Well, this was the legal question placed before the Cape High Court in the matter between Café Chameleon CC and Guardrisk insurance Company LTD (the Guardrisk case). The court had to decide whether there was a casual link between the losses suffered by the Café Chameleon (the Café) as a result of the State of emergency, and the subsequent regulations which include the lockdown, and the Corona Virus outbreak. The court in this matter had to decide whether the Café’s business insurance which covered business interruption insurance sufficiently provided for losses caused by the orona Virus. The Café’s insurance contract with Guardrisk insurance cCompany LTD (Guardrisk), amongst it’s other clauses, provided cover for “notifiable diseases occurring within a radius of 50 kilometres of the premises”. Guardrisk did not dispute that the Corona Virus was such a disease but disputed that it was in fact the virus that caused the Café’s losses, but rather that it was the Lockdown and/or the associated regulations that had caused such losses.

the court was faced with the challenge of examining whether there was a casual link between the Café’s losses, which were caused by the Lockdown, and the Corona virus. without going any furtherinto the facts of thid case, we shall set out the causation test as applied by the court to determine whether if it was not for the Corona virus outbreak, the government would not have declaired a state of emergency and the Café would not have suffered any losses. Causation in brief, sets out thye qualification and circumstances as they are described in a particular insurance contract. Risks in insurance cintracts are often refined or further emphasized by referring to a time amd place. In the Café’s insurnce contract such risk was further refinned by stating that the outbreak had to be one ocurring within a 50 kilometre radius of the Café’s proncipal place of business for the Café to be duly covered. This meant that the insurer would not br liable for losses suffered as a result of the outbreak that existed outside the 50 kilometre radius. One of the Guardrisk’s contentions was that the corona outbreak did not occur or persist within a 50 kilometre redius of the Café, instead it was the lockdown that kept it’s customers away.

In insurance law, an insurers duty to pay out is made conditional on a particular harm or loss causing event happening. Such particular event must cause a particular event, in order for a claim to succeed the claimant must price a casual nexus (connection) between the peril and the loss. The Café had the onus of proving that the losses they suffered were caused by the insured risk, being a notifiable disease occurring within a radius of 50 kilometres of it’s premises. In our law, one of the principles that are set in stone is that the test of determining the existence of a casual link depends on the intentions of the parties to the insurance contract and a matter of interpretationof that contract. One of the principles the court relied upon in this case was that the clause be interpreted in a way which gives the business like meaning to the clauses, this at leasr means that when interpreting the clause in the insurance contract, the interpretation that makes the most business sense must prevail. This means that effect must be given to the parties’ own perception of causality lest a result be imposed upon them which they did not intend. If no other intetion appears from the contract, it must be assumed that the reference to causation was intended proma facie to bear the same meaning, which is attached to causation in other areas of our law.

The general approach to the question of causation in other areas of our law is based on principle and logic is generally applicable to insurance law. The general approach bares two questions;
(i)  whether a link exists in fact (also called factual causation); and
(ii) whether and to what extent should the person be held liable for the factual consequences (the question of remoteness or alternatively legal or juditial causation). This principle, applied to insurance law, would mean that a claim can only arise where there is a factual link between the peril, being the insured risk, and the loss suffered. Best illostrated, the conditio sine qua non is a process of elimination, and goes to determine whether if it was not for the Corona virus would government have declared a state of emergency the Café would not have suffered losses. Applying the above pronciple, the court found that there is a connection between the Corona virus outbreak and the losses suffered by the Café, and therefore their insurer should indemnify or cover such losses.